WHAT RESULTS CAN I EXPECT FROM BLACK JACK?
BLACK JACK is formulated with fast-acting ingredients that go to work within about 30 minutes after your very first dose. These results you can expect from BLACK JACK include:

Pre-workout drinks all seem to be identical these days, with only small variations being found from one product to another. Sadly, many preworkout supplements fall well short of their hype due to ineffective, unproven ingredients and egregious dosing.

This is why we made BLACK JACK with only scientifically sound ingredients with evidence-based doses that give you actual results from the very first dose.

WHAT MAKES BLACK JACK SUPERIOR TO OTHER PRE-WORKOUT POWDERS?
We know how frustrating it is when you purchase a pre-workout supplement and the results are nonexistent (or even worse, you experience unwanted side effects). This has happened to us time and time again, which is why we had to lead by example and make a pre-workout powder that truly produces results.

Each ingredient you’ll find in BLACK JACK made it into the formula for a reason - because it flat-out works. Whether you’re a seasoned athlete, casual gym-goer, bodybuilder, triathlete, Crossfit competitor, or any other active individual, BLACK JACK is formulated with scientifically proven ingredients that will help you perform better and achieve your goals.

From your first scoop of BLACK JACK and every use after you can expect increased energy, precision focus, enhanced strength, endless stamina, better muscle growth, fat loss support, and more! And we should mention that BLACK JACK is sugar-free and tastes delicious (after all, nobody looks forward to drinking a preworkout supplement that triggers their gag reflex).

BLACK JACK was not created relying on speculation and conjecture. We spent an innumerable amount of time testing various ingredients and studying research from prestigious universities and clinics to determine which pre-workout ingredients really work. If an ingredient wasn’t effective and didn’t produce results, it didn’t make it into the BLACK JACK formula - it’s that simple.

The Science behind the BLACK JACK Formula

L-Citrulline & L-Citrulline Malate
Citrulline is an alpha amino acid found abundantly in the rinds of watermelon. When supplemented with, it is rapidly absorbed and acts to significantly increase arginine levels in the blood1; in turn, nitric oxide (NO) production increases and your blood vessels expand, leading to enhanced blood flow and nutrient delivery.

Beta-Alanine
Beta-alanine is primarily found in naturally occurring peptides such as anserine and carnosine, the latter of which is an important dipeptide containing beta-alanine and histidine. In human skeletal muscle, carnosine production is limited by the availability of beta-alanine. In fact, research demonstrates that supplementation with beta-alanine increases lean body mass and decreases body fat significantly more than those who don’t supplement with it (by increasing muscle carnosine levels).2

Creatine Monohydrate
Creatine monohydrate is an ingredient that really needs no introduction, as 1000s of studies demonstrate it as being the most effective sports supplement for enhancing strength, power, endurance, and cellular hydration.3 Creatine is a crucial component in the phosphocreatine system in humans and a key regulator of skeletal muscle ATP (energy) levels.

L-Tyrosine
L-Tyrosine is an amino acid that your body needs for creating dopamine - a catecholamine/neurotransmitter that enhances motivation, mood, productivity, and energy. Even relatively small doses of L-Tyrosine have been shown to substantially elevate dopamine synthesis in the human brain, thereby producing a multitude of nootropic effects throughout the central nervous system.4

L-Arginine HCl and L-Arginine Alpha-Ketoglutarate
Arginine is a nonessential amino acid that regulates the nitric oxide pathway and appears to have cardioprotective and neuroprotective properties in humans.5 Both the hydrochloric acid and alpha-ketoglutaric acid bound forms of arginine are incorporated in BLACK JACK to promote better blood flow, nutrient delivery, and “pumps” during resistance training.

Caffeine Anhydrous
Caffeine is a natural alkaline constituent of various plants/fruits, especially coffee beans, cacao beans, tea leaves, and others. It is a potent stimulant of the central nervous system (CNS) and increases catecholamine levels, such as adrenaline. Research reviews suggest that athletes who supplement with caffeine prior to exercise are able to produce upwards of 10% more peak power, as well as burn more fat and have greater oxygen uptake capacity than control (no caffeine) treatments.6

Choline Bitartrate
Choline bitartrate is a supplemental form of the B vitamin choline which many people lack sufficient intake of. Choline is essential for synthesizing acetylcholine - a neurotransmitter that helps you focus and concentrate.

B-Phenylethylamine HCl
B-Phenylethylamine HCl is a novel nootropic and neuroprotective compound that works by fighting inflammation and oxidative stress, as well as inhibiting monoamine oxidase - an enzyme that removes serotonin, dopamine, and norepinephrine from the brain. 8 This makes B-phenylethylamine HCl a superb adjunct to the BLACK JACK formula for optimizing mental acuity and focus.

Theobromine
Theobromine is a plant-derived alkaloid structurally similar to caffeine. It has a variety of therapeutic neurological effects throughout the nervous system by inhibiting acetylcholinesterase - the enzyme responsible for breaking down acetylcholine.11 Thus, theobromine enhances the availability of acetylcholine in the brain and body and prolongs the actions of other BLACK JACK ingredients, like choline bitartrate. 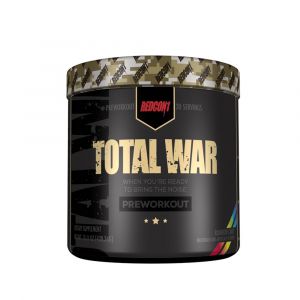 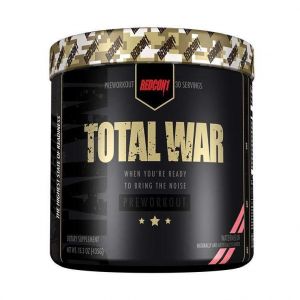 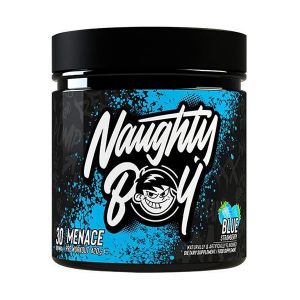